Watch TV While on the Run

I’ve done just that for the past two weeks. And the experience has been, well, entertaining, to be honest.
Let me say from the start that I’m not a big TV viewer, but when I view, it’s generally in one of three areas: news, sports, and movies. All three are available in the Live portal of German network operator Vodafone D2, one of Europe’s first operators to offer a mobile TV service.

The mobile TV offering, designed especially for higher-speed 3G (third-generation) phones, currently offers a series of rotating shows, a sports channel that gives a roundup of the Saturday games shortly after they’ve finished, a news channel updated four times a day, and full-length movies. Live news or sports coverage is not available today but is technically possible and likely to be offered in the not-too-distant future, according to Vodafone D2.

Put to the Test
Because mobile TV is about viewing on the go, I checked out the service in a car, train, and streetcar. Reception in all three was fine as long as I remained in a 3G cell–which meant that when I recently boarded a train in Frankfurt, I lost reception shortly outside of the city. That’s a shame because I think many train commuters (and Germany has plenty of them) would readily use the mobile TV service.

Third-generation coverage is still spotty because most operators in Europe, including Vodafone D2, are initially concentrating on big cities. However, coverage will be gradually extended to major roadways and railways, and later to smaller communities.

The streetcar test was interesting. I found nearly everyone standing near me in the crowded compartment trying to get a peek of what I was watching: the N24 news channel.

The highway test was a lesson in itself. I let my young boys, who are under 12, view some programs on the phone–Motorola’s sleek E1000–while I sped around the autobahn near Dusseldorf. They went wild. So, there’s a toy for kids on long trips, I guess, but not only: drivers caught in hours-long traffic jams (not uncommon in Germany) should be interested, too.

Mobile TV, of course, isn’t just for people physically on the move; it’s also intended for those waiting for a train or taking a coffee break or even sitting in a cab waiting for a passenger. I asked a cab driver what he thought about the service after I tested it during a ride. “Nice,” he said. “Really nice, but I doubt I can afford it.”

Paying the Price
For sure, pricing will be crucial to the success of mobile TV. Although the service is currently free as a promotion, in April Vodafone D2 will begin charging about $4 per hour after the first two free hours as part of the monthly subscription fee, which, depending on the volume of minutes, ranges from $26 to $125. However, more differentiated fees, such as pay per view, pay per time, pay per news, or sporting event, are in the making.

For kids, those fees can add up quickly but they’re not the primary target group, according to Vodafone D2, which sees the most potential in 20- to 30-year olds, as well as businesspeople in that age bracket and older.

Concerns for investors in mobile telecommunications 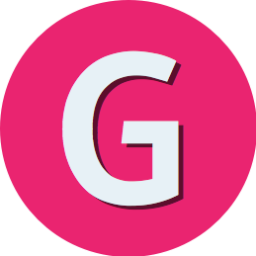